Migrating 1 terabyte of files from OneDrive to Nextcloud 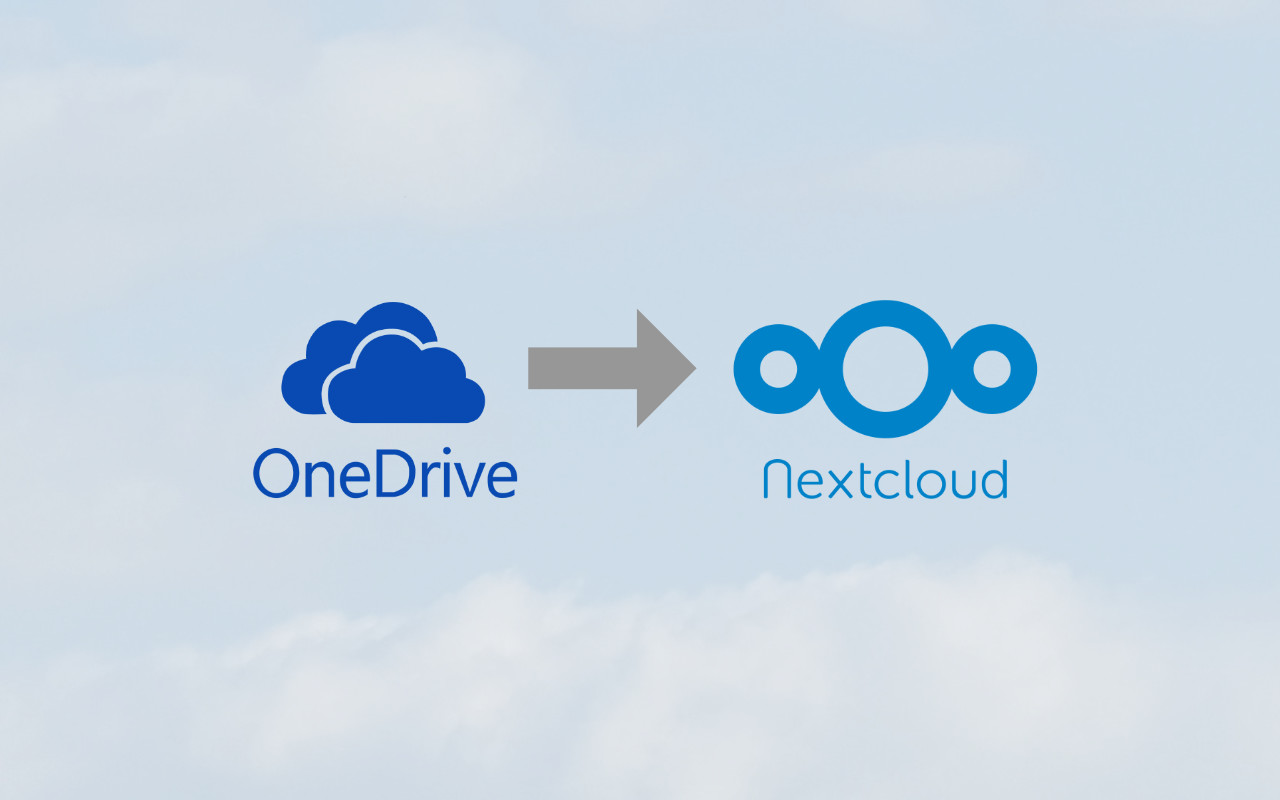 This post documents my journey to find a cloud storage provider that is better than Microsoft OneDrive and migrating all my cloud files there.

In general, I want to store (some of) my files in the cloud for these reasons:

All in all, I’ve accumulated around 1 terabyte of files in the last years. This includes:

With this amount of data, I’ve run into the storage limit of my current storage provider, Microsoft OneDrive. With my Microsoft 365 Personal subscription (69€ per year), I’m only entitled to 1 TB of storage (plus some extra gigabytes from some special discounts or events).

Of course, I could upgrade my OneDrive plan to gain a higher storage limit (e.g. an increase of 200 GB costs 2€ more per month), but I wanted to look into alternatives to OneDrive anyway.

I’ve used OneDrive for many years now, and I’m very fed up with it.

Where to migrate to?

I looked into different alternatives with these requirements:

After a bit of research, I discovered and tested the solutions listed below.

Sync.com caught my eye in the past and looked good at first glance. They offer end-to-end encryption and client apps for all platforms. But the service was down for several hours on my first day of using it (confirmed by their support). Their status page didn’t mention any problems for that time period, not even in hindsight. That seemed quite fishy to me. The overall design and UX of their web and native client was also quite terrible, so I begrudgingly moved on.

Internxt Drive seems to be a relatively new player with competitive pricing (albeit no plan beyond 2 TB of storage), flashy designs, and a strong privacy selling point. When I tried their web and native clients, I was shocked about how slow everything was and how few features there were. They also do not offer any partial sync, only “all or nothing” sync of everything that is stored in their drive. I moved on.

Icedrive seemed to tick all the boxes at first glance: They take privacy seriously, they have a 5 TB plan, and seem to have apps for all platforms. After installing the macOS app, I figured that they only offer a proper file system integration on Windows. The macOS client is only a “portable” version of the web app and allows for basic uploading and downloading files, but not really any offline file sync.

Tresorit offers some file sharing features, but is clearly targeted towards businesses. As far as I could tell from the website, they don’t offer any local file sync but are focusing on sharing and collaboration aspects. Their 4 TB plan is also quite hefty (24€ per month).

pCloud made me very happy, a few months back. Their data center is in Switzerland, they offer client-side encryption, and their pricing is very attractive (100€ per year for 2 TB). What I didn’t like was how they handle encryption: Users have to pay extra for the encryption package, and opening an encrypted folder will prompt you for a password every time! Overall, the encryption aspect seemed quite tacked-on and not really well integrated or practical to me. On top of that, I had issues migrating my OneDrive files with their OneDrive integration (any files and folders containing certain special characters would not be synced, and I only found out by spot-checking the migrated files). If pCloud improved their encryption integration and fixed the OneDrive integration, I probably would have gone with them!

My own NAS server

I purchased a Synology DS220j (a NAS – basically, a hard drive case with network connectivity and an integrated computer to offer some additional functionality) to try out hosting all the files myself at home. What I didn’t like was how slow everything was (indexing media or streaming files with a sensible speed was unthinkable). On top of that, I became very busy with managing software, installing updates, configuring the network access, renewing certificates, etc. – To a degree, I became a cloud provider myself. And if anything happened to my trusty server, all my files would potentially be gone. So, even though I like the DIY aspect of it, having my own NAS was not a viable long-term solution.

I was close to giving up until I did one final round of research and gave Nextcloud a (second) try. Initially, I had Nextcloud installed on my NAS, but then I thought I could keep the advantages of Nextcloud and get rid of the self-hosting aspect by getting a managed Nextcloud instance somewhere (as suggested on their website). Finding a good Nextcloud provider wasn’t easy, since there are many of them, their offers vary widely, and there does not seem to be a good overview of all the providers.

In the end, I opted for a Nextcloud offering by Hetzner, a big hosting provider in Germany. They seem mature and big enough to offer a stable hosting experience (I’ve worked for companies that are using Hetzner for their backend services, which gave me a confidence boost). The price of 14.19€ per month is not a steal, but on the other hand, it’s a future-proof offering with 5 TB of storage.

Side note: NextCloud’s OneDrive integration didn’t work properly, so I ironically had to use the NAS as an intermediate platform – Synology’s Cloud Sync feature let me reliably fetch all files from OneDrive and then sync them with Nextcloud (via WebDAV).

I love my new setup with a managed Nextcloud instance.

The setup is not perfect (yet) though:

I think the migration was a success! The new setup is future-proof and more flexible than OneDrive could ever be. I might still spend a bit of time here and there to fine-tune things, but in general, I can recommend managed Nextcloud instances to people who need fast and open-source-powered cloud storage and want to take control of their data a bit more.